The Power of a Hand Written Note 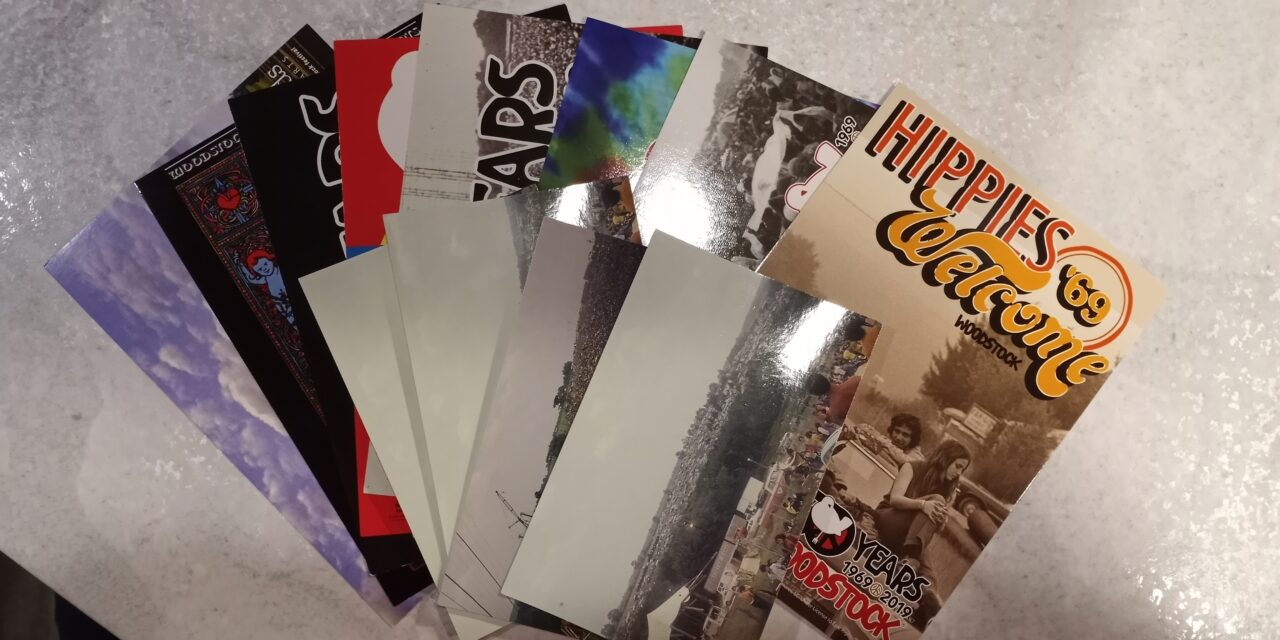 Several years ago, at one of the many sales seminars that I had attended, the speaker started talking about the power of sending hand-written thank you notes to your customers.  He mentioned about how when a customer realizes that you had taken the time to sit down and hand-write a thank you note to them that it creates a relationship as opposed to just a transaction.

In business, a relationship is much stronger than a transaction.

That is one of the reasons that I was so successful in sales.  The relationships that I built with my customers went far beyond the transactional business that we were doing together.

When I was in the lumber business, the majority of my customers were first- and second-generation Italians.  They were straight forward no-nonsense business people.  They demanded my best performance, but were very fair.  They weren’t into playing games with pricing.  They wanted me to give them whatever our best and fairest pricing was first, no back and forth, just what was the best that we could offer and then make sure that we delivered on the service end.  That second part was always the most important thing for all of them.  Service, service, service.

My biggest customer at that time, was a gentleman by the name of Fred Grande, the owner of Grande Construction.  I learned so much about business and life from Fred.  Not because of the money that he had spent with me, but the lessons that he taught me about how to do business the right way.

Some people could be intimidated by Fred, actually there were times that I fell into that category, but at the end of the day, Fred was simply pushing everyone around him to perform at their highest level.  Whether an employee, a sub-contractor, a vendor, or a supplier, he wanted everyone in his circle performing at their highest level, because that’s where he was performing.

There were two things that Fred said to me while we were doing business together that I will never forget.  The first was simply, “No headaches.”  Now Fred was a smart enough businessman to understand that an operation as big as his was at that time was going to come with its share of headaches.  However, he also knew that if everyone was doing their respective jobs correctly, a lot of those headaches could be avoided or eliminated completely. 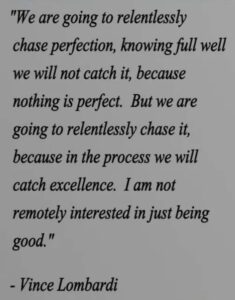 Similar to the great Vince Lombardi quote, “Perfection is not attainable, but if we chase perfection, we can catch excellence.”  Fred Grande knew that as well.

The other thing that Fred said to me during those years of doing business together that will always stick with me was merely, “In business, one hand washes the other.”

One of the things that I never understood in business was when people would say, “It’s just business, don’t take it personally.”

That statement just never resonated with me.  I guess that could hold true if you based your business solely on the transaction and there was no relationship at all with your customer.  But if you are basing your business on relationships, it’s always personal.  People buy from people.  People do not buy from businesses.  How you make someone feel doing that business relationship is what will determine your future with that customer as well as your overall success in business.

I mentioned Fred Grande specifically, but all of my customers back then taught me so much about life and business.

Our relationships were so strong, that almost 15 years after I had sold my last window, door, roof truss or stick to any of them, I still had strong relationships with all of them.  If I run into any of them, you can bet that we’ll be spending a good 30 minutes catching up.  I’ve gotten to know their kids and their families and sadly, I’ve attended some of their funerals.

It wasn’t about the business; it was about the relationship.

It was always about the relationship for me.

Whether it was in my coaching style or how I managed my staff of employees, the lessons that I learned from my days of doing business with my customers at Wickes Lumber carried on and molded my style.

When we first took over the sports complex, one of my old customers sons came to work for me.  Tony Gentile, Jr.  I had bumped into his dad at Home Depot one day and he had told me that his son was looking for some work over the summer.  Obviously, the elder Tony could have easily employed him to help with his construction company, but it was important to his dad that young Tony would have the opportunity to gain some working knowledge and life experiences from someone other than him.

That was the type of relationship that I had with my customers.  At that point, I had been out of the lumber business for over five years and I hadn’t seen Tony, Sr. for many years prior to that chance meeting at Home Depot.  Yet, he entrusted me enough to take his son under my wing for the summer and not just employ him, but help teach him life lessons.  And I on the other hand, entrusted Tony Gentile, Sr, enough to basically hire his son on the spot without even meeting him.  I told Tony, Sr. to simply have Tony, Jr. follow-up with a phone call to me and he’d be hired.

Within a day, or perhaps even that same day, Tony Jr. got in contact with me and he started working for our organization a short time later.

Young Tony was one of the best employees that I had ever had.  His work ethic and desire to learn how to do things the right way was something that you rarely saw in a person his age.  He and I did a podcast together on the Stepping Up to the Plate podcast that I did for the organization at the time and he speaks of the work ethic that his parents taught him at a very young age.

When I hired Tony, Jr, sight unseen, I knew that I wasn’t really taking a chance at all.  The business relationship that I had with his father years before, paved the way for me to know that Tony, Jr. would be a young man with strong character and great work ethic.  I was right.

A few years later, I was able to do business with another one of my former customer’s sons.  Gian Grande, one of Fred’s sons was now running Russo Foods, who would become the major concession supplier for the BIG Vision Foundation during our last four years of running the complex.  It was interesting to see the culture that Fred ingrained in Gian at Russo.  I was now the customer and the Grande Family was the vendor.  The same expectations that Fred anticipated from me at Wickes, he instilled in his employees at Russo to deliver to their customers.  In that relationship, we strived for “no headaches” and understood that “one hand washed the other.”  If Russo made a mistake on one of our orders, it was always fixed in a very timely manner with no excuses.  If they had a driver call off, there were times when Gian would be out driving truck to make sure that the customers were taken care of.

I say all of this to drive home my initial point, the power of the hand-written note.  The power of a relationship.

Last October, I made the decision to start randomly sending postcards out to my family and friends.  It no longer has anything to do with me selling anything.  It is simply to let people know that Sandy and I are thinking about them, care about them, and love them.

As much as Sandy and I are at peace with the decision that we made to sell all of our belongings and live the nomad life by traveling around the country in an RV, we do dearly miss our friends and family.

By me sitting down and taking the time to hand-write a note on a postcard and send it to someone during our travels, it truly shows them that we care.

The number of times that I get a text after I send out a batch of postcards from people telling me how surprised they were and how much it meant to them to know that we were thinking about them really does make my day.

To know that that little postcard brightened someone’s day is very special to me.

I’ve always been an empath and have tried to help others by making a positive impact on their lives.  Whether it was through business or personally, it always tied together for me.

There’s a quote by Maya Angelou that goes like this…

Likewise, my favorite quote, from the great Jackie Robinson, which I use in the signature line of all of my emails, goes like this…

“A life isn’t significant except for its impact on other lives.”

At the end of the day, that really is the only thing that matters.  Not how much money you make, not how many Instagram followers or Facebook friends, but how your life impacted those that you came in contact with while on this earth.

So, if by taking a few minutes out of my day and writing out a postcard is a way to brighten others days, it’s worth every penny and every minute that we spend on them.

If you’d like to get a postcard from us at some point, drop me an email at dcclouser@gmail.com with your address and I’ll be sure to get one out to you in the future. 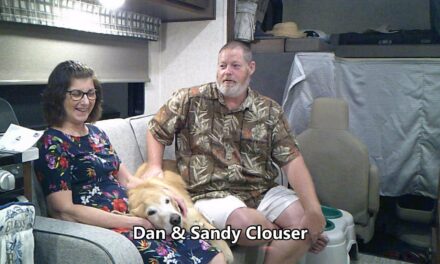 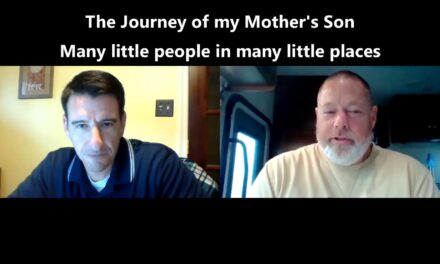 Bill Hartranft – The Importance of Mental Health in Youth Sports 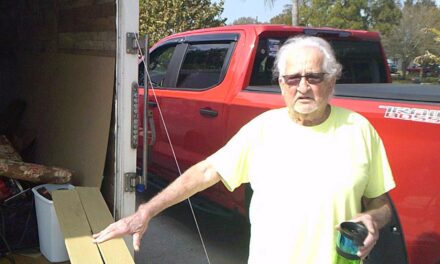 Ron McCoy – 80 years young with no intentions of slowing down 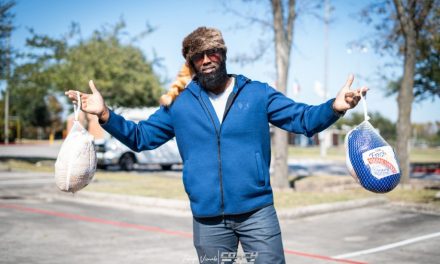 Time to Reevaluate our Thinking with Cameron Campbell